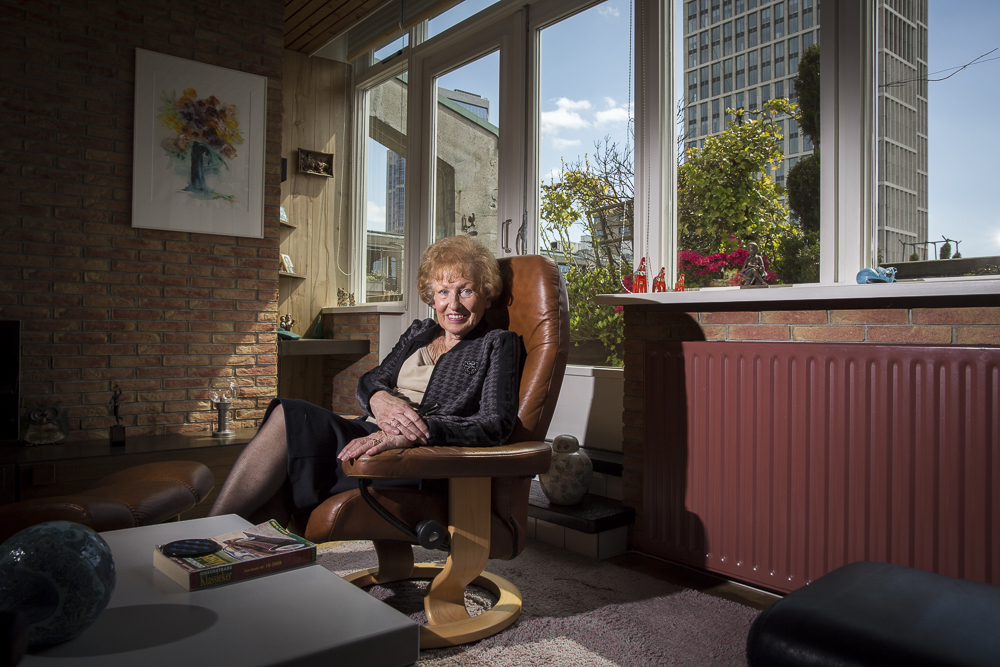 The Groot Handelsgebouw was still under construction in 1952 when her husband began working in a car garage. A year later, a nineteen-year-old Mrs. Stolk entered the building, where she went to work for a fruit and vegetable export company. She didn’t meet Mr. Stolk until later, but here is where they both found happiness. In 1962, they moved into one of the four service homes. She is the last remaining resident.

“What would you like to know?” asks Mrs. Stolk, as she straightens her skirt. “In those days, you had elevator operators. These were men from the resistance. They didn’t have social benefits, so this is how they earned some extra pocket money. In early 1970, there was a fire at the corner of Dehnert & Jansen, a wholesaler in home textiles. Due to all the smoke, my husband and I had to spend a few nights in the Rijnhotel, where you now have the Calypso.”

Mrs. Stolk grew up during the war. “I didn’t know any better, you get used to it. I do remember my mother, who had to cry a lot on 14 May.” She has also seen the city flourish. “The Rotterdam skyline is magnificent, especially along the Maas. But I prefer to stay here.” Her two children grew up here and would run around after office hours, where Mr. Stolk would lay out treasure hunts. Nowadays, her granddaughter skates through the hallways.