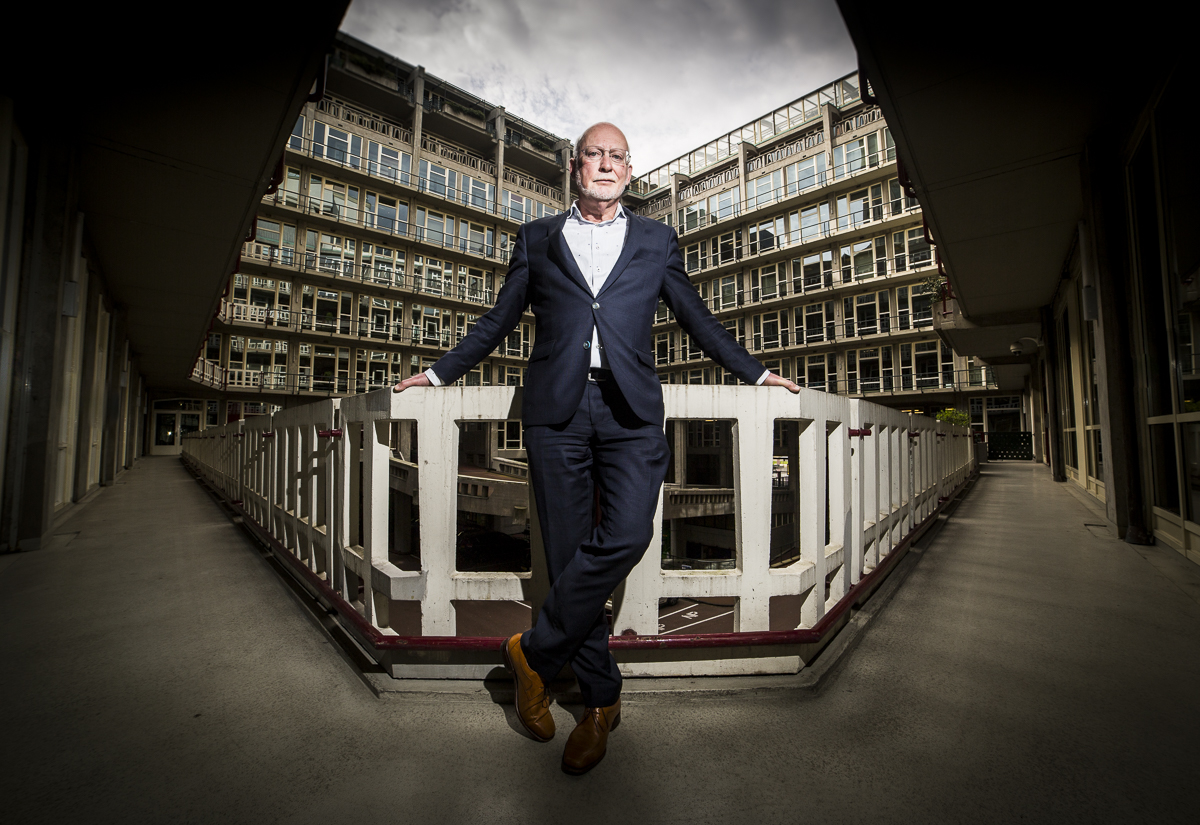 “The funny thing about this building is that a large part of its future lies in its past”, tells Marius Meurs. In September, he celebrated thirteen years as director of the Groot Handelsgebouw. Under his supervision, this national monument with its collective workspace grew into the place to be for a new way of working.

The decision to build the Groot Handelsgebouw was made in 1946. Meurs explains: “It was a joint initiative by two hundred wholesalers from Rotterdam. Previously, these wholesalers were located in the city centre. With the bombings in 1940, they lost everything. It was then, during the war, that they agreed they would build this new office space together.”

The initiators financed the building, each becoming both shareholder and tenant. Since building material had become scarce during post-war reconstruction, they pooled their resources and contributed what they could. “Otherwise, they wouldn’t have been able to build at all.”