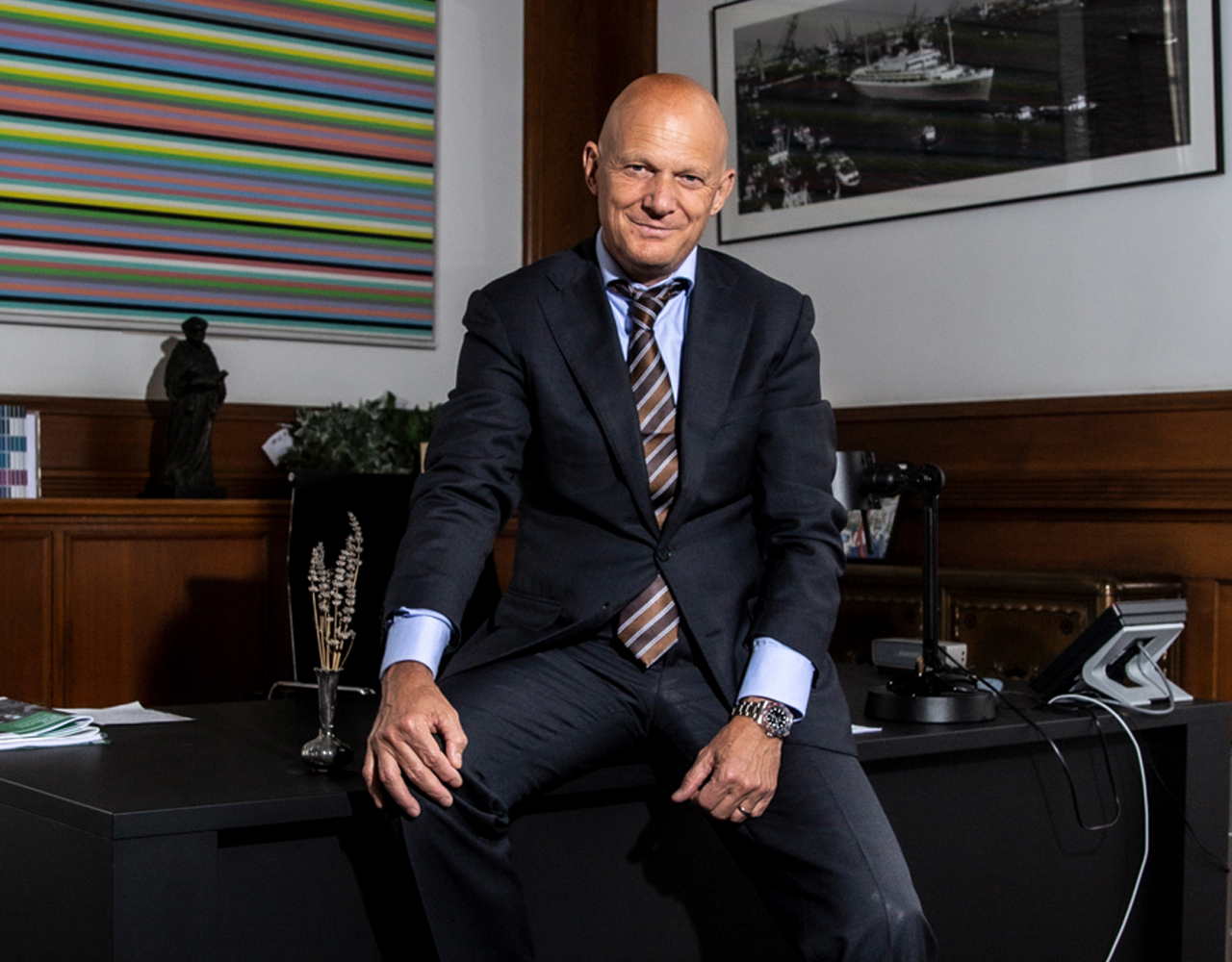 From the front door to the office in under 5 minutes. You don't hear Bert Wijbenga complaining about living in De Calypso, a striking apartment complex in the Rotterdam Central District (RCD). He walks along the Korte Lijnbaan, crosses the Stadhuisplein and Coolsingel and arrives to his workplace via the stairs of the townhall. He is not only the alderman of law enforcement, integration and coexistence for VVD, but is also responsible for the outdoor space. During the conversation in the living room, he looks over the Westersingel at the shiny Depot of Boijmans van Beuningen, and sees the Zalmhaven Tower in the distance slowly creeping up to over 200 meters. “We have lived (he is married to traffic minister Cora van Nieuwenhuizen / ed.) in Calypso since the beginning, that was in 2013. At the time I worked at Woonbron, which had its head office at the RCD. During my lunch walks I saw Calypso being built. What a special architectural project. Eventually we ended up in here.

“We have never regretted moving to the beating heart of Rotterdam for a second. When I first got to know the area, it had a bad reputation. It was a so-called security risk area. But it is now much better thanks to the addition of housing and catering businesses. The ground level has improved considerably in recent years with restaurants such as Ayla and Stadsbrasserie in de Doelen. World cuisine is practically at my feet. I am a fan of De Kade on the West-Kruiskade and enjoy eating enchiladas at the restaurant Mexicano down here at the Schouwburgplein.

“The area is lively; filled with commotion. To live here you must have the lifestyle of a city dweller who wants to go outside and be open to change and diversity. You shouldn't want to live in the RCD if you want a neatly raked lot. And after my retirement I will continue to live here. When the Hoekse Lijn (the metro from the heart of Rotterdam to Hoek van Holland / ed.) will extend to the beach, I can go to the beach in my flip flops and with a towel under my arm. I never have to leave this place again.”